Title IV – Trials
a) If a trial is commissioned, both the prosecution and the defendant(s) will be asked to provide a short opening statement to the Supreme Court and may ask for up to 2 other citizens to be given posting rights in the trial thread to act as their legal representation.
b) Once the trial is started, each side will take it in turns to provide evidence to the Supreme Court.
c) The Justices may at any time request answers to specific questions or ask for clarification of any information that has been provided.
d) A corresponding thread will be used in private for the Justices to discuss the evidence. When they have decided that they have heard enough, the prosecution and defendant will be asked for their closing statements.
e) The Justices will then release their verdict to the public (and sentence if guilty).
f) If there is more than one defendant found guilty, then the Justices may allocate different sentences to different defendants depending on the level of their involvement.
g) If the sentence(s) given fall outside the punishment grades of the crime then congress may vote to increase/reduce the sentence to the closest limit of the crime's punishment grade if they believe that the sentence given was unjust.

Title V – Appealing
a) If either the prosecution or the defendants disagree with the verdict, they have the right to one appeal.
b) They will be required to give a single statement to the Supreme Court arguing their case.
c) If the justices believe they may have made a mistake in their verdict, they may re-open the case.
d) Once the verdict to this second trial is given, there may be no further appeal.
e) In case of appeal done less than 24h after the SC sentence, the sentence is suspended for a maximal period of 24h and the Supreme Court has to decide during this time if the sentence will be suspended during the appeal. If there are no decision from the SC after 24h, the suspension will be removed until the SC reach a decision. If there is a decision, then the appeal begins immediatly and the 24h period of suspension ends.

If the appeal is done between 24h and 72h after the SC sentence, the sentence is maintained. The Supreme Court has to decide if the sentence will be suspended during the appeal. There are no time limitation for the SC decision.


Title VI – Inactive Supreme Court
a) In the event that there is no active Supreme Court, the President (or the cabinet minister with the highest in-game level that isn't involved) may nominate 3 citizens to act as the judges in the event of an investigation being requested.
b) The president’s nominations must be approved by a simple Congress majority.

Title VII - Additional Articles
a) One person cannot be investigated for multiple accounts of the same crime at the same time. They must be treated as a single act, although the amount of offences should be taken into account when deciding on a sentence.
b) One person cannot be investigated for an act that took place in the same period of time as a similar act that they have already been investigated for. The investigation should be re-opened or the sentence reviewed if this is the case.
c) The person that requests an investigation can, at any time, nominate any other citizen to take over their role as the leader of the prosecution, although they will still be required to be present at the trial if one is commissioned.

Theft of National Assets
Public Crime (A-D)
The taking of any assets belonging to the State without express permission.

Unlawful Disclosure of Private Information
Private Crime (C-E)
Releasing information from any private Belgian forum or private Belgian IRC channel without the consent of all those involved in its creation.

Abuse of Power
Public Crime (A-E)
An elected or appointed official, using his powers in a way that is either unjust or inappropriate.

Corruption
Public Crime (A-C)
An elected or appointed official accepting payment of any sort in return for acting in the payer’s interests above the state’s.

Refusal to Cooperate with the Court
Public Crime (C-E)
Refusing to answer questions or provide information to the Supreme Court for use in a Trial or Investigation, repeatedly wasting the courts time or refusing to accept their verdicts.

Continued Harassment
Private Crime (C-E)
Repeatedly making offensive, hurtful, obscene or inappropriate comments about someone after being previously requested to stop by the victim.

Negligence
Public Crime (B-D)
When any elected or appointed official causes harm either directly or indirectly by neglecting his/her responsibilities.

Citing Precedent
n/a (n/a)
Committing an act that although may not be included here as a legal basis to start a Trial or Investigation, is believed to have been declared illegal by a previous Supreme Court verdict.

Public Crime: A crime committed against and prosecutable by the State as a whole.

Private Crime: A crime committed against and only prosecutable by, a single specific person or specific group of people.

Punishment Grades:
Please note, the punishments in each grade are just examples. If the Supreme Court wishes to give a punishment that doesn't appear in any of these, they must use their judgement to decide what grade it would count as.

Grade A: For the most serious forms of crimes. Only to be given in extreme circumstances. Unlimited sentencing is permitted.

Grade B: A public apology, repayment of damages, removal of unlawful material and ban from any government positions for 3-6 months.

Grade C: A public apology, repayment of damages, removal of unlawful material and ban from any government positions for 1-3 months.

Grade D: A public apology repayment of any damages and removal of any unlawful material required. Ban from holding a ministerial or judicial position may be imposed for up to 1 month.

Grade E: Least serious forms of crimes. If convicted, the defendant will be required to remove any unlawful material and make a public apology for their actions. 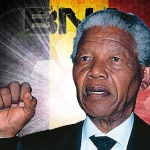