[You must be registered and logged in to see this link.]

The king's Wednesday announcement that that he will step down on his country's national holiday, July 21, and hand the throne to his less popular son has fanned long-simmering debate in Belgium about reining in the few powers the king still wields.

"We now have momentum to adapt the monarchy to the 21st century," Jan Jambon of the nationalist New Flemish Alliance told Parliament during a special meeting to discuss the abdication. "Let's grab this chance with both hands."

The Belgian monarchy is already largely ceremonial, but plays a key role in nudging politicians to make compromises in post-election government formation talks. Under the constitution, the monarch must also give his royal assent to laws passed by Parliament and can grant amnesty to criminals.

Albert's reign has been marked by a growing rift between Belgium's French and Dutch-speaking camps. A Belgian breakup was averted in 2011 — after a political stalemate lasting 353 days — with a reform deal giving each side far-reaching self-rule powers.

Jambon, whose party wants a Flemish, Dutch-speaking republic, called the king's powers "feudal legacies" that should be scrapped.

"The monarchy really has no place in modern democracies, but it enjoys broad support in Belgium. The question is: how can the monarchy fulfill its role in the new Belgium?," said Wouter Beke, leader of the Dutch-speaking Christian Democrats.

Prime Minister Elio di Rupo praised Albert's 20-year reign and said the new monarch would help Belgium further bounce back from the 2011 political crisis. "Now that we are getting a new king, we can face the future serenely, full of confidence and optimistically," he said.

Di Rupo sparked hilarity as he informed Parliament about his abdication discussions with King Albert. He said after those Tuesday talks, "I contacted Prince Philippe to inform him about the situation." The comment drew laughter because it sounded as if the crown prince was unaware of his father's abdication.

In his first public comment on the abdication, Prince Philippe paid tribute to his 79-year-old father's 20-year reign. The 53-year-old prince, who is seen by many in his nation of 10.5 million as awkward and reclusive, says he is conscious "of the responsibility that befalls me."

Philippe will become the second crown prince to ascend to a European throne this year, following in the footsteps of Willem-Alexander, who became king of the neighboring Netherlands on April 30 when his mother, Beatrix, abdicated.

[You must be registered and logged in to see this link.]

All hail Philippe, I'm sure he'll do well, Albert was also harshly criticized in his beginnings and turned out to be a jewel of a king.

As to Jan Jambon, I don't know him but at the moment all his quotes I heard are utmost crap to me

(Wasn't he also the one doing ridiculous at Congress with a hateful speech where he mimicked a rabbit when the other Flemish Parties finally came to an agreement with the Walloon ones?) 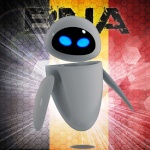 Yannis wrote:All hail Philippe, I'm sure he'll do well, Albert was also harshly criticized in his beginnings and turned out to be a jewel of a king.

(Disclaimer: Just guessing based on the news I read here. I'm Dutch, so I don't have any feelings towards the whole issue. 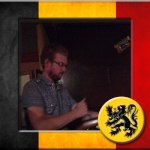 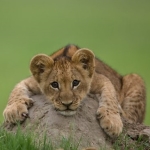 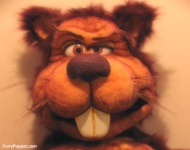 oh and correcting a big mistake everyone(all over the world) keeps on making.

But it is Filip. (Huge difference)

and the "I" does not apply until there is a second crown prince called Filip.

and I thought it was 'fluppe'

Jommeke was wondering where he went to...

oh and correcting a big mistake everyone(all over the world) keeps on making.

But it is Filip. (Huge difference)

and the "I" does not apply until there is a second crown prince called Filip.

It is Philippe I to be honest... He is registered in the population registers as Philippe and he has chosen to be Philippe instead of Filip once he will become the king of Belgium 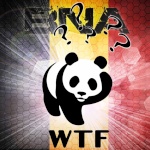 where did you find that info?
I can't find it anywhere???

so Filip is correct.
But the other one as well.

We are both right!
Party-time

And they think that's not going to create confusion.

which signature will be considered valid and which would not???

AAArgh, please ignore that.
There is already enough politics to worry about in this game.

Welcome to Belgium my friend, the land of political confusion