Get ready for the Forum Olympic Games!

Here is some explanation:

How do I participate?

You post your skill with your skill level (which amount you may choose). This affects your results.

You may spend 16 points, with a maximum of 5 on one skill. Don't copy others skill level, because it decreases your chances of winning.

These are the skills:


How does this work?

I made a table with how much each skill is important for a sport. These amounts will be revealed after the each game.
So each sport is unique, another reason why you should pick different amounts of skill level.


Which sports are there?

You automaticaly participate in everything.

When will it start?

When there are +/- 8 participants or more, depending on popularity.

Why would I participate?

Because it's awesome, duh.

If there are any questions: PM!

sounds functie
can i participate

Off course, just post your skills and you're in.

cooke4444 wrote:Off course, just post your skills and you're in.

oke, I Will.
I'm currently on my phone. will do when I get back home. 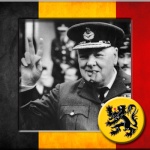 jamster is either an alien or he's using doping products !!! 19/16 skill

Nohjis wrote:jamster is either an alien or he's using doping products !!! 19/16 skill

shush i can totaly do maths 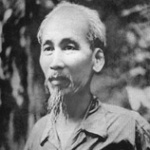 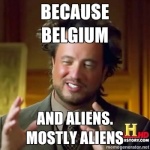 Right, these are the athletes:

And NLSP as devoted fan.

The opening ceremony is beginning. Lots of music, flags and drunk people in the audience (NLSP is singing "What shall we do with the drunken sailor"). The torch is lit.

The first competition ( archery) is about to start. Good luck to everyone.

Woo hoo. I sure hope nobody gets killed during archery seeing the aim some have around here...

May I be the second devoted fan ? I've made some chocolate cake.

you can go then after my drinks, while I eat your cake ^^

And welcome to the first competition: archery!

Each athlete will fire 12 arrows. The world record is 117 points.

First competitor is Jamster737. As his accuracy is rubbish, he makes a fool of himself and accomplishes 80 points.

Second is Fhaemita Malodorous. His accuracy is also rubbish, but he can compensate this slightly with his power, as Jamsters shots almost fell before the target, so he gets a little bit closer to the bullseye. He achieves 83 points.

Critically is third, he's not at all in shape and makes just 87 points. A first place for the moment, but these are just some minor performances untill the big guys come up.

Zodiarch is well-known for his power, but fails to make some easy points. He leaves with 90 points.

aVegan now coming up, and he might get a medal! With 100 points he has some chances.

But up comes Monsieur Guillotine. He takes the competition to a whole new level: 110 points! It won't be easy to beat him.

Cotarius is very focused. He only fails to hit the bullseye 5 times, which gives him 115 points! NLSP is so excited, that he gets removed from the audience. His beer bottle hits Goopypants on the head. Procuste will have to eat her chocolate cake alone.

Nohjis tries his luck, he has some nerves which you can see in the result: 105 points. A bronze medal for him!

Cotarius may post his own anthem if he wants.

no cake for me

No, you drunk bastard.

Security will let you out

I'm not gonna eat this cake all by myself.

/shares with the athletes and Cooke

Yeah sure. Lemme take my tazer before.

Thx every body shall look for an anthem

Congratulations to everybody on the great performances, except NLSP of course. He's lucky he didn't end up in court.

excuse me?
I convinced procuste to go to my room

(ok she takes her taser with her, so there is still room for improvement, but still)

If that isn't a great performance, I don't know what else to do ...

Hello and welcome at Aqualibi for the second competition: 200m breaststroke!

This surely will be exciting as this is a very balanced race.

In lane 1: Goopypants (minor cheers in the crowd)
In lane 2: Fhaemita Malodorous (people shout his name)
In lane 3: aVegan (complete silence)
In lane 4: Nohjis (NLSP puts up a sign: "yo momma!")
In lane 5: Cotarius (the first gold medal winner almost slips on the wet floor)
In lane 6: Monsieur Guillotine (the underdog from last competition gets a warm welcome)
In lane 7: Zodiarch (He shows his muscles to the crowd, whom get very angry)
In lane 8: Jamster737 (Procuste almost falls from the stands, as she's jumping on the benches)
And in lane 9: Goopypants (crowds reaction: WTF)

They are on the blocks... and off they go!

Cotarius has a small lead in the beginning, followed by Jamster737, Zodiarch and Critically.
At the first turning point, it's Zodiarch in the lead, Critically and Fhaemita Malodorous are closing in on him.
Cotarius and Goopypants are way back at the second turning point. Monsieur Guillotine is almost in front at that moment. Only 100 metres left!

It's getting clearer, the podium places will be decided by Zodiarch, Fhaemita Malodorous and Monsieur Guillotine. Critically ruins his third and final turning point, which puts him back.

The final straight! Fhaemita Malodorous has a lead, no one can follow.
And he wins! His time is 2m:07s:29. A new World Record!

Zodiarch and Monsieur Guillotine are going for a second place and it's "MG" who takes it. Another silver medal for him.

Procuste is crying during the medal ceremony, as she's just been diagnosed with diabetes after eating too much chocolate. NLSP doesn't give a sh*t. 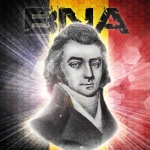 In lane 1: Goopypants (minor cheers in the crowd)
In lane 2: Fhaemita Malodorous (people shout his name)
In lane 3: aVegan (complete silence)
In lane 4: Nohjis (NLSP puts up a sign: "yo momma!")
In lane 5: Cotarius (the first gold medal winner almost slips on the wet floor)
In lane 6: Monsieur Guillotine (the underdog from last competition gets a warm welcome)
In lane 7: Zodiarch (He shows his muscles to the crowd, whom get very angry)
In lane 8: Jamster737 (Procuste almost falls from the stands, as she's jumping on the benches)
And in lane 9: Goopypants (crowds reaction: WTF)

Congrats to the Fhaemita, and again: too bad MG xD

Just to give some morale:

Why the complete silence?
I was freaked out!

Y'know A Vegan, your face was just so... freaking. Come on, the Joker makeup ? To run ?

cooke4444 wrote:
Procuste is crying during the medal ceremony, as she's just been diagnosed with diabetes after eating too much chocolate. NLSP doesn't give a sh*t.

Already said that I don't eat much chocolate.

I was crying for some other reason... I had made cookies for everyone but NLSP ate them all while I was away ! Kitties murderer and cookies thief !!!

I thought you made them specially for me ....

NLSP wrote:I thought you made them specially for me ....

The whole hundred of them ?

I was a little bit disappointed that 5 of the 100 where burned, but I thought, it is the geste that counts...

Konishiwa in the Japanese garden in Hasselt.

The judo tournament is about to start, and these are the duels:

Critically immediatly tries to bring aVegan down, but he manages to avoid the attack. aVegan grabs Critically's back, Critically throws him over his shoulder. IPPON! aVegan is OUT.

Jamster737 and Zodiarch are trying to impress each other. This horribly fails, but Zodiarch takes Jamster737 easily down and again, a lock is made. An easy victory for Zodiarch.

Cotarius tries to get around Nohjis, and he goes out of the tatami. They need to start again. Now Nohjis tries to bring Cotarius down, but he hasn't got the power. Cotarius' counterattack is devastating for him.

Zodiarch simply lifts Fhaemita Malodorous off the ground, but he tries to escape. At first this seems to work as Zodiarch is off-balance. Zodiarch quickly recuperates and makes an IPPON. Zodiarch is on his way to gold.

A ferocious fight, these guys are almost evenly matched. Cotarius' nose bleeds and Critically tries to get some advantage out of it. Critically rapidly takes Cotarius down and locks him. Critically will be the opponent of Zodiarch.

The Judokas aren't that motivated anymore, but the crowd creates an amazing athmosphere. Some dancing ninja's have been spotted. No one knows who they are... But the fight begins and Cotarius brings Fhaemita Malodorous down. Cotarius gets too confident and "FM" tries to bring his arm around him. This succeeds and Fhaemita gets a bronze medal.

This you can't call a fight. Zodiarch has Critically completely in control and does a perfect IPPON. The crowd isn't that happy that the fight is over so early, so there is a complete sale at the beer stand.

Zodiarch may play his anthem

Next one: back to the swimming pool! 50m crawl

Yeey ! Silver ! too bad Zodiarch was to strong for me

I'm looking forward and I'll train hard for the next swimming match !!

Due to an unexpected increase in work, the Games will continue tomorrow

Oh no... someone threw sand in the olympic pool !

I bet it's that drunk NLSP.

Similar topics
» Olympic games
» Playing Other Games Together
» games on other sites
» Forum Games Removal
» Are you a RL Belgian?